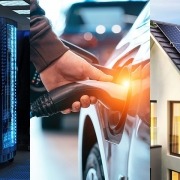 We are poised at the beginning of what may well be the most significant revolution in electric power since it was first used to light a few blocks of New York City 150 years ago. Global electricity demand has grown by nearly one-third over the past decade, and it is expected to grow another 50% by 2050. At that same time, renewable energy will account for more than a third of global power generation.  That’s a positive step from today’s single-digit levels.

Yet, if things don’t change in terms of production and efficiency, most electric power generation will continue to come from the same legacy sources that contribute to unsustainable pollution levels.

The usual suspects of population growth and increased living standards are responsible for part of the increase in power demand.  This is particularly true in developing countries — where current conditions, unfortunately, mean that new demand will be met mainly with oil, coal, and gas as the predominant sources of electric power generation. At the same time, two other significant contributors to power demand have increased dramatically over the past few years: the unprecedented electrification of our world and the volume of data generated from consumer devices and businesses, which places pressure to construct large, and energy-hungry, data centers.

These changes are coming into a world in which our legacy power grid has become less reliable. Growing incidences of extreme weather and wildfires cause widespread outages of days or weeks. Experiences that might have been defined as infrequent inconveniences have now evolved into real and persistent threats to personal safety and financial livelihoods.

Global electricity demand has grown by nearly one-third over the past decade, and it is expected to grow another 50% by 2050.

Recent cybersecurity attacks have demonstrated that essential infrastructure and supply chains — including the energy grid — are prime targets of organized criminal hackers.  This issue has grown to such a level of strategic concern that the Biden administration has created plans and programs that incentivize improved cybersecurity in power utility companies.

These events — both natural and manufactured — have made it painfully clear that along with food, water, and shelter, power has become one of the most essential and challenged components of modern life.

How will we meet our growing need for energy while simultaneously protecting our environment, building power grid resilience, and ensuring everyone has equal access?

What does this mean for three of the most important industries of our emerging energy-reliant world — data centers, automobiles, and renewable energy? 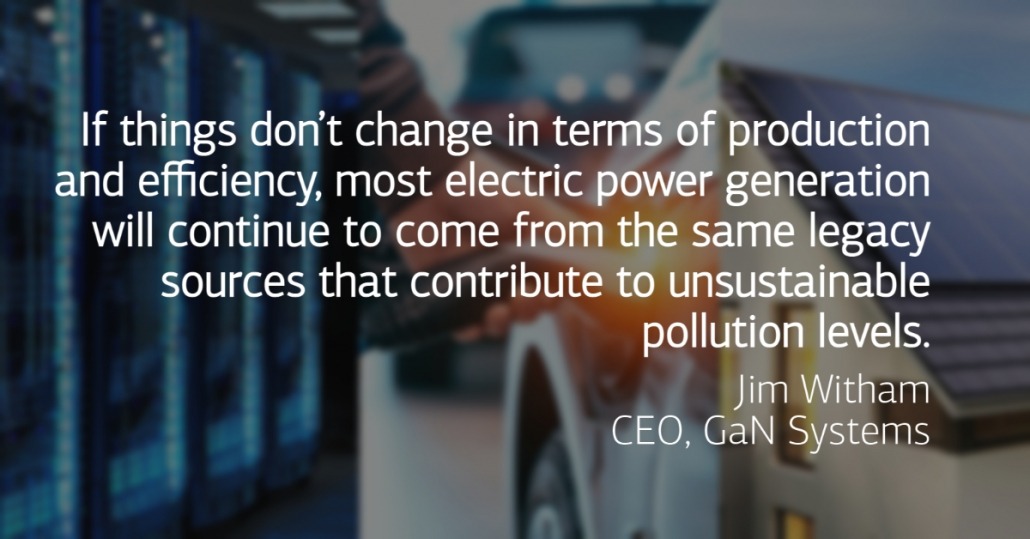 Data and energy: The economic kingmakers of business and the necessary enablers of everyday tasks

Data centers are notoriously energy-hungry. So, given the strong bond between data and energy, it is surprising that in the design of today’s large data centers, significant amounts of power are wasted as it travels from the electric grid to the hundreds of thousands of servers stacked in racks.

This is why the major technology giants are focused on energy efficiency initiatives and achieving net zero carbon emissions by 2030. Elon Musk even recently raised the flag over energy concerns and bitcoin mining. And we also need to be aware that the rollout of 5G will create networks that consume at least twice the amount of energy as today’s networks.

Even in the pandemic-dominated world of 2020, global EV sales continued to rise — with more than 500 million expected to be on the road in two decades.  That’s good news for those wanting to tackle the concern of transportation pollution. But what’s driving this growth, and what will it mean for electricity production?

Major global auto brands have stated aggressive commitments to EV sales, including VW’s forecast of 70% EV sales in Europe by 2030 and GM’s goal of 100% EV sales by 2035.  U.S. President Biden’s recent $2 trillion infrastructure proposal includes a proposed $174 billion earmarked for the EV industry. And consumers’ decreasing concerns about driving range anxiety are being matched by an increasing interest in environmental impact.

With so many more EVs on the roads, there will be a historic increase in electricity demand.  This will need to be met responsibly with both renewable energy and increased vehicle energy efficiency.

For the first time — technology, business economics, government policies, and consumer attitudes — are working together to exert pressure to transform renewable energy from a secondary to a 24/7 on-demand power source. Technologies that enable the creation of more efficient and energy-dense renewable energy production and storage systems (ESS) are the key to this accelerated move to on-demand renewable power. Even beyond dedicated storage systems, electric vehicles may also become common emergency power sources, as in the upcoming electric Ford F-150 pickup.

Technology that provides increased energy efficiency is critical to ensuring that the world has access to the energy it needs while mitigating environmental harm and addressing power inequity.

Energy wasted in power conversion has been a persistent problem that silicon has been unable to address. Using GaN semiconductors instead of silicon to create power systems in data centers, electric vehicles, and the renewable energy industry can reduce this loss by 50%.

Here are some examples of how GaN technology can increase power efficiency:

The power revolution must be embraced now

In an increasingly data-driven and electrified world, we need to view power as the fuel that enables not only continued technological advancement for businesses — but also the essential running of our daily personal lives. The fate of our future — a world that can be defined by new levels of resilience, inclusion, and environmental health — is strongly linked to the supply of energy and meeting increased global demand with new levels of technology-enabled energy efficiency.  Power should not be taken for granted and simply viewed as an endless resource with unmitigated social, economic, and environmental impacts.  The consequences are too profound and far-reaching for that any longer.