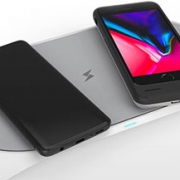 By Paul Wiener, VP of Strategic Marketing for GaN Systems

Wireless charging, more generally referred to as wireless power transfer or wireless energy transmission, is on its way to becoming mainstream. Yet, developing products that feature the benefits users want has its challenges. Take the recent news from Apple announcing the cancellation of its AirPower wireless charging product, which had been in the works for more than eighteen months. 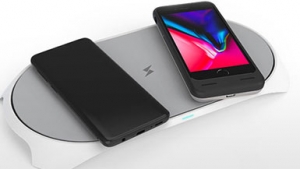 At APEC 2019 – one of the world’s largest power electronics conferences, wireless power charging was a noteworthy discussion among attendees as they walked past numerous exhibitors showcasing wireless power solutions. GaN Systems is a steadfast believer in revolutionizing wireless charging, as a world without cords becomes a reality. Rather than plugging a device into a power source via a power cable, wireless charging enables a device to receive power from a transmitting unit by simply being near it.

The needs for wireless charging are clear:

Shelving AirPower is a Step Forward – In the Right Direction
At first glance, Apple’s cancellation of AirPower might seem like a big blow for wireless power adoption. Yet – we believe that it was a necessary and major step forward as wireless power transfer and charging develops to highlight that other technologies are likely better solutions.

In hindsight, the stumbling block for wireless charging occurred several years ago when Apple first embraced Qi wireless power transfer. Fortunately, alternative technologies are maturing. They have industry standards to back them up and many companies have already implemented with them. Let’s see if the mobile phone industry follows suit.