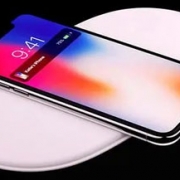 Article originally posted on allaboutcircuits.com on April 09, 2019 by Gary Elinoff. 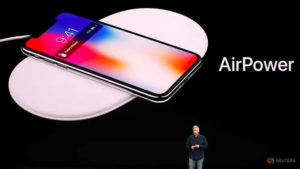 Wireless charging was all over APEC 2019’s power conference as some of the biggest companies in the industry gear up to provide wireless power solutions. Meanwhile, tech juggernaut Apple pulls its wireless charging platform. What gives? Wireless charging is all about effortless convenience. Rather than plugging a device into a power source via a USB cable, you can simply lay your product down on some sort of charging mat and allow the charging to take place electromagnetically.

There are already wireless power charging devices available across the market, but one notable company has been absent from the craze. In a very uncharacteristic move, Apple has discontinued development on its AirPower device for wireless charging.

Let’s take a look at how wireless charging works, and the reasons for Apple’s almost unprecedented move.

Wireless power transfer, sometimes abbreviated as WPT, has been an area of interest for electrical engineers since the days of Tesla, who dreamed of wireless power distribution across long distances. While that dream has never been fully realized, there has been intense interest in the area of wireless charging for years, from familiar industry names such as TDK to less expected names such as Disney Research, which aimed to create a room to allow wireless charging via quasistatic cavity resonance.

As the astute reader will quickly grasp, electromagnetic induction is akin to a transformer and is the principle employed in the Qi standard. The obvious problem is that the lack of the common magnetic core of an actual transformer lowers efficiency. Additionally, distance and poor orientation between the transmission and receiving coil exacerbates the problem.

Magnetic resonance-based wireless power transfer transmits power involves deploying series capacitors in both the power transmission and receiving sides to form LC resonance circuits. By tuning both sides to resonate at the same resonance frequency, the system can keep consistent power, even if there are coil misalignments or bigger distances between coils.

The Qi standard seems to have won the brawl of wireless power transfer standards that raged over the last several years. It is a widely accepted, open-source standard based on electromagnetic induction. It was developed and is maintained by the Wireless Power Consortium, which boasts over 650 member companies. It’s designed to impart 5-15 watts of power to small personal electronics and was conceived largely to charge smartphones, it can also be easily used to provide power for a growing number of consumer devices. At last count, there were over 3,500 Qi-certified products on the market.

Of course, the entire issue can be avoided with chargers defined for only one product. This is the method employed by devices such as electric toothbrushes, where the device fits into its charger in a mechanically determined manner, assuring that the transmission and receiving coils are aligned perfectly.

Apple AirPower – A Bridge Too Far

One of the current problems facing wireless charging is the requirement to properly align the receiving coil(s) in a device with those in the charger. If you have to play around with the orientation, where’s the convenience?

Apple’s answer was the Qi-compliant power mat named AirPower. The goal was for this device to allow the extreme ease-of-use design they’re known for, even if a user wanted to place multiple devices on the charging mat at once. As such, AirPower was designed to charge a device without the user having to properly align the receiving coil(s) in the device with those of the charger.

To get around the coil-alignment issue, Apple seems to have aimed to equip the charging device with multiple transmission coils. In this manner, one or more of them would be likely to align properly with the device under charge.

For the past several years, Apple has put significant investment into AirPower, with relevant early patents filed in September 2016 before the announcement of the charging mat a year later. To make this possible while still being Qi-compliant, AirPower employed many more transmission coils than other wireless chargers. As many as fifteen coils can be seen in Apple’s patent filing diagrams so that one or more of them would be bound to align properly with the device under charge.

To make this possible while still being Qi-compliant, Airpower employed many more transmission coils than other wireless chargers. As many as 16 coils can be seen in Apple’s patent filing diagrams so that one or more of them would be bound to align properly with the device under charge. 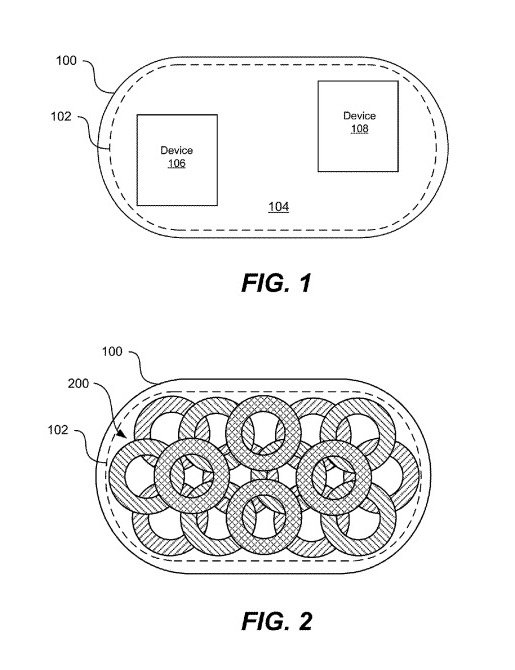 The multi-level overlapping transmission coils of the Airpower. Images from one of Apple’s many patent applications.

Problems reportedly abounded. Most critically, the coils likely interfered with each other, wasting power and generating very unwelcome heat in the AirPower device. Apple engineers have apparently been unable to surmount this issue, so AirPower’s introduction has been canceled—at least for now.

Apple has released no specific information on the reasons for Airpower’s failure, only saying in a press conference that the device could not achieve their high standards.

Speculation has recently focused on interference and heat as the main possibilities for AirPower’s failure. Each wireless charging coil creates noise—and, with this many coils, the noise from each would produce a great deal of interference that could interrupt nearby devices. In addition, the AirPower would need a great deal of current going through the coils in order to charge three devices simultaneously, which could create a significant amount of heat.

As a power engineer, it seems to me that the moral of the story, demonstrated time and time again by non-specialist tech companies but never fully absorbed, is that power design requires dedicated specialist organizations and cannot be approached as a mere side project.

No Shortage of Wireless Charging Products

While Apple is pulling the proverbial plug on AirPower, plenty of industry companies are still approaching wireless charging. APEC 2019’s power conference showcased several wireless power solutions and more announcements regarding this application have been made in the weeks since.

NuCurrent has released its NuEva Development Platform for delivering up to 25 watts from a single pad to multiple types of devices simultaneously. Interestingly, it’s been noted that the Wireless Power Consortium is considering adopting parts of NuCurrent’s technology. Tim Tumilty, the company’s VP of sales and marketing suggested in the product launch announcement that NuCurrent can succeed where Apple did not because the particular, rather specialized expertise that is required in the power field is the mainstay of companies such as NuCurrent.

GaN Systems, for their part, has announced an evaluation system, the GSWP050W-EVBPA, which is designed to help designers more quickly incorporate its GS61004B E-HEMT power amplifier, a 50-watt device, into magnetic resonant power transfer products.

The devices to be built are designed to work at 6.78 MHz, standard for magnetic resonant power charging.