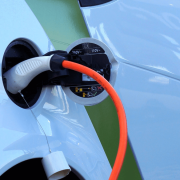 This interview was posted in its entirety originally here on Fierce Electronics on 12/10/19.

GaN Systems, which manufactures high power gallium nitride systems, is banking that the technology’s performance advantages over silicon will help capture applications in growing areas such as automotive.

“There is a lot of interest in areas such as industrial and electric vehicles,” said Jim Witham, CEO of GaN Systems, in a recent meeting with FierceElectronics in New York City.

Witham added that the trend towards electric vehicles is being felt throughout the industry, even by high performance vehicles such as BMW that have historically spent billions of dollars on research and development to maximize the performance of traditional internal combustion engines.