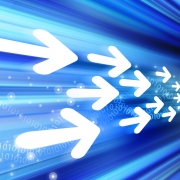 Below is an excerpt from “GaN Systems: All Eyes On Audio Amplifiers,” originally posted here at Compound Semiconductor.

When it comes to the wonderful world of audio, not all solid-state amplifiers are created equal. For decades, the analog-based linear amplification Class A audio system has reigned supreme, with audiophiles tolerating its very low efficiency.

Not anymore. Today, a growing number of power semiconductor suppliers are delivering a new breed of GaN-based Class D audio amplifier that promises far higher power efficiencies than your archetypical Class A amplifier. 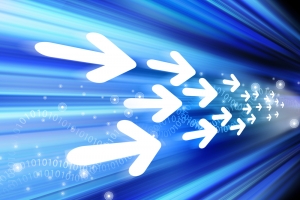 With the Class D audio amplifier market poised for massive growth, GaN Systems has set its sights on snaring a big chunk of the sector, reports Rebecca Pool.

“When some of my very discerning customers from Japan first listened to our GaN amplifier, they told me that it was like arrows of sounds coming from the speaker,” says Rick Reigel, Vice President of Sales at GaN Systems. “On closing their eyes they said they could feel the music and it felt as if it were live, rather than an artificially reproduced sound – this is the kind of reaction that we get.”

Operating as electronic switches rather than linear gain devices, Class D amplifiers were initially developed in the 1950s. However, these systems didn’t truly reach the market until the 1990s, with the advent of adequate-performing silicon MOSFETs.

Historically, these systems have been relegated to lower-quality audio systems as the use of silicon can lead to audio distortion arising from imperfect switching and high on-state resistance.

However, Reigel is confident that the new wave of GaN MOSFET-based amplifier systems will change this, offering sound quality as well as higher efficiencies.

“GaN is going to continue the curve of improvement and can deliver a smaller, lighter, more efficient amplifier,” he says. “The GaN MOSFET ensures much cleaner switching, enabling better linearity in the amplifier as well as less intermodulation distortion, which means [suppliers] can continue to shrink amplifier size without sacrificing sound quality, which is a trend we’re seeing across the industry.”

“We can get a high-fidelity sound using GaN in this Class D topology, as well as this great blend of size, weight, efficiency and cost,” he adds. “This is the real value proposition of GaN in this application, and you just can’t achieve it in any other way.”

Read the rest of “GaN Systems: All Eyes On Audio Amplifiers”  here at Compound Semiconductor.