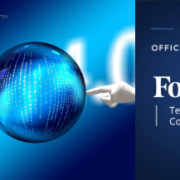 This article was originally published on Forbes.com on May 16, 2019 by Jim Witham, GaN Systems CEO. 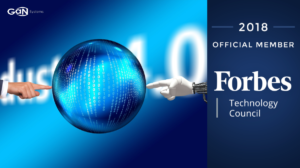 We are in the midst of the Fourth Industrial Revolution. The first assembly lines introduced 100 years ago and the computers added 50 years later seem almost primitive as intelligent cyber-physical systems take their place on factory floors. In Industry 4.0, the long history of the industrial revolution is merging with the ever-evolving capabilities of the information revolution and robotics.

The intelligent data-driven manufacturing environments of Industry 4.0 are highly flexible and efficient as a result of autonomous or near autonomous systems using machine learning, embedded systems, sensors, and the industrial internet of things — as well as 3D printers and edge computing. We see examples of this gaining traction and becoming more mainstream in a variety of industries, including agriculture, food and beverage, electronics, pharmaceuticals, transportation, medical devices, fulfillment centers and more.

The flexible and decentralized design of increasingly intelligent factories and industrial spaces that are capital cost and energy-efficient is the new aspirational standard. However, many technology challenges sit firmly in the path to a fully realized intelligent industrial world. It’s not just about the software needed for security, machine-to-machine communications and artificial intelligence (AI). Equally important is the need for hardware innovation in the hundreds of millions of motors, motor drives and robotics required in today’s industrial spaces — as well as in the server racks in data centers that support smart factories.

Smaller and more energy-efficient physical designs for motor drives, along with robots that are made increasingly autonomous with wireless charging will change the design, economic and energy dynamics of the industrial market.

The massive demand for storage to handle the data generated by a facility’s intelligent sensors and devices foretells a new wave of data center demand. Data centers will embrace new solutions for service scaling, data density and energy efficiency.

Three areas of hardware technology — motors and motor drives, robots and robotics, and data center servers and storage — require significant evolution for the benefits of Industry 4.0 to continue to grow. If successfully addressed, increased energy efficiency and hardware design innovation will provide unprecedented flexibility in facility layout, along with previously unrealized capital and operating cost savings in equipment.

In the current evolution of Industry 4.0, companies have largely focused on ways to cut costs or increase output with little consideration to increasing energy efficiency. The growing impact of energy costs on the bottom line, as well as increasing consumer and government pressure around global pollution levels resulting from increased energy production, signal the need for a more forward-looking approach.

There are more than 300 million industrial motors hidden in robotic arms, conveyor belts and fabrication machines. With their numbers growing every day, they play an almost invisible — but powerful — role in the evolution of Industry 4.0. Given their ubiquitous nature and current energy inefficiency, making them smaller and more energy efficient will have an exponential impact on both revenue and the social good metrics of the industrial marketplace. How could it not when the industrial use of electricity already accounts for 40-50% of the world’s total use?

Next-generation motor and motor drive designs will reduce energy losses and increase power density, while simultaneously doubling the life of their power electronics through decreased mechanical wear. These smaller devices will also support unshielded and longer length cables or enable even more integration in other devices such as robotics, delivering the equipment layout flexibility demanded by Industry 4.0.

Robots Need To Evolve To New Levels Of Autonomy And Precision

Robotics, which service increasingly complex and precise tasks, require multiple motors working in a highly orchestrated and controlled manner. New hardware technology, power electronics and motor drives that can run at higher operating frequencies and efficiencies will be needed to provide the increased control bandwidth for the motor to deliver faster response time and higher-precision positioning and control during real-time operation.

Wireless charging will be another component of hardware evolution. For mobile robots to be truly autonomous — working optimally and without interruption — they need fast wireless charging pads that do not require a human operator to make a physical connection. Wireless charging is also important in industrial environments where wires are not possible or are unsafe, such as underwater or in mining operations. New power electronics that allow a significant level of spatial freedom (large air gaps) are needed in the design of these next-generation systems that bring true autonomy to the factory floor.

Manufacturing is the largest enterprise datasphere in the world — more than health care, financial services, media or transportation. This appetite for data will only increase as the sensors and intelligence capabilities of Industry 4.0 spread. The build-out of new data centers and the racks of servers needed to handle this growing load will mean an even greater energy demand and cost impact than the industry faces today. New levels of energy efficiency are needed beyond what is possible today through intelligent software, cooling systems and renewable energy.

As in the case of motors and motors drives, the solution to greater energy efficiency in data centers can be found in something small and unobtrusive — the power supplies in racks and individual servers. New power electronics will enable increased energy efficiency and power density. Rather than building more data centers to serve the insatiable data appetite of Industry 4.0, current data centers will be used more efficiently.

Fulfilling The Potential Of Industry 4.0

To move toward fulfilling the potential of Industry 4.0, addressing the challenges of new hardware design and energy efficiencies is as important as more well-known initiatives focused on data, software, machine learning and security. This is true not only for the bottom line but also for industry to embrace the responsible use of energy resources to mitigate global environmental impact.