Creating a Sustainable World with GaN

The global demand for electricity has grown by nearly one-third over the past decade, with the electricity consumption rate increasing faster than the world population. This acceleration is partly due to the digitization – and electrification – of a wide range of industries from data centers to renewable energy systems, consumer devices, and electric vehicles (EVs).

Our increased reliance on electricity is having a significant impact on our planet. Although electricity is a clean and relatively safe form of energy when used, its generation and transmission are traditionally powered by fossil fuels, such as coal, oil, and gas. Even with the increasing use of renewable energy, electricity generation overall is still responsible for 43% of global CO2 emissions. 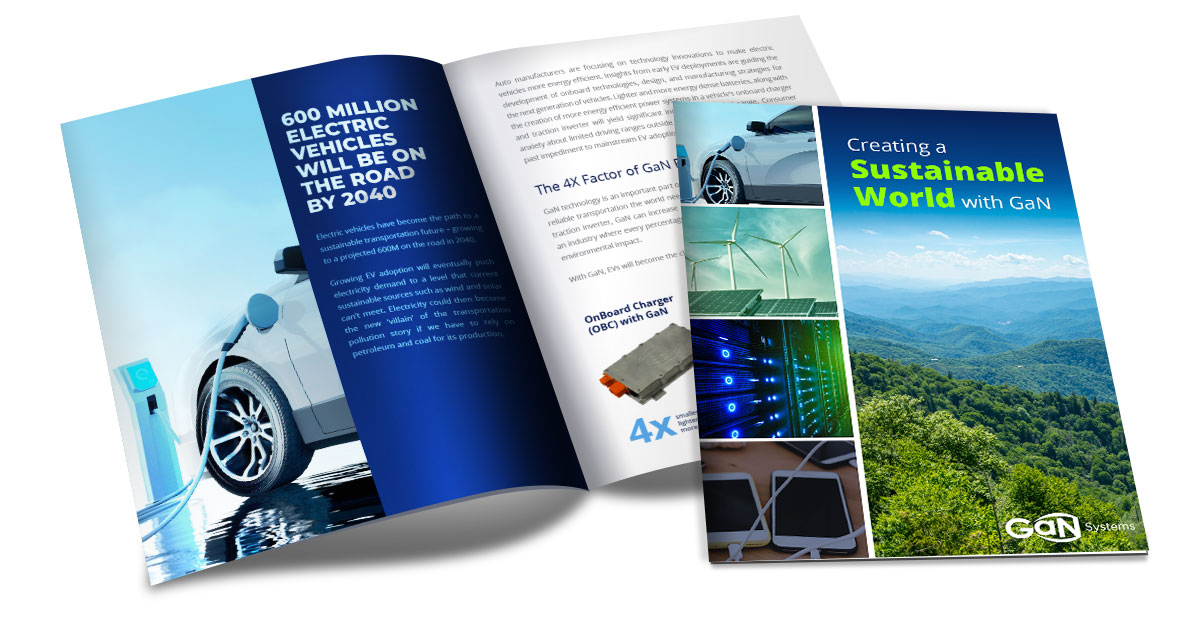 Download this ebook to learn how GaN is leading an industry-changing shift between technology’s power systems and energy, creating significant product and system-wide changes worldwide.