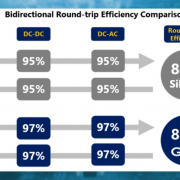 While world leaders take center stage pushing out massive climate agendas and policies to better protect the environment, there is an untold story unfolding about the renewable energy storage industry and its role shaping our future and maybe even saving the planet.

Yes, it’s a bold assumption but not unrealistic given the steady growth of renewable energy storage in recent years and its lofty goals in reducing the global carbon footprint and our dependence on fossil fuels. The potential to make the world a better place is very real – reversing the path from near dystopia to the doorstep of a lush utopia.

Unlike traditional energy sources like oil and coal, which rely on burning hazardous gases and materials into the atmosphere, renewable energy is energy derived from naturally-occurring sources that can be constantly replenished such as solar, wind and hydroelectric power. While there has been steady progress and momentum building with the adoption of renewable energy storage use cases thriving in residential, commercial and industrial areas all around the world, we can’t simply reverse engineer hundreds of years of neglect that has put the world’s environment on the brink of dystopia.

Of course, there will be resistance as there often is with change of this magnitude. Moving money from legacy power utilities to a barrage of clean tech and renewable energy upstarts won’t come easy. Even for consumers like ourselves, who have to shake off years of muscle memory and habits will have to take part in making a difference for the greater good. Everyone has skin in the game from consumers, politicians, lobbyists, old guard power utilities, clean air tech companies, to name a few. That all said, renewable energy storage is the future and it’s here to stay.

But before we get deeper into the solution, let’s touch on the scope of the problem and the dependence on electricity. Despite efforts to curb our usage in recent years, global demand for electricity grew 33% over the past decade. Fossil fuels were used to meet 70% of the growth, a trend we all need to work together to reverse. There is a 57% increase in global electricity demand expected by 2050. So, while the widespread adoption of renewable energy generation and storage continues to gain ground, it is not growing fast enough to meet this demand. As the world’s demand for electricity continues to grow, world leaders are uniting to derail the production, distribution and use to be the same source of dangerous CO2 in our environment.

Fortunately, the creation of renewable energy has surged in recent years. In 2018, renewable energy represented 27% of the energy pie and by 2050 it’s projected to be 64% of the world electrical power, ¾ of this coming from intermittent wind and solar resources. Along with that growth, we’ve seen major strides in battery innovation and power semiconductors to store that energy and make it usable 24 hours a day.

For example, battery capacity added globally between today and 2050 is projected to be a 7X increase. Read how that growth can be attributed and on the adoption of these technologies in the full article here. 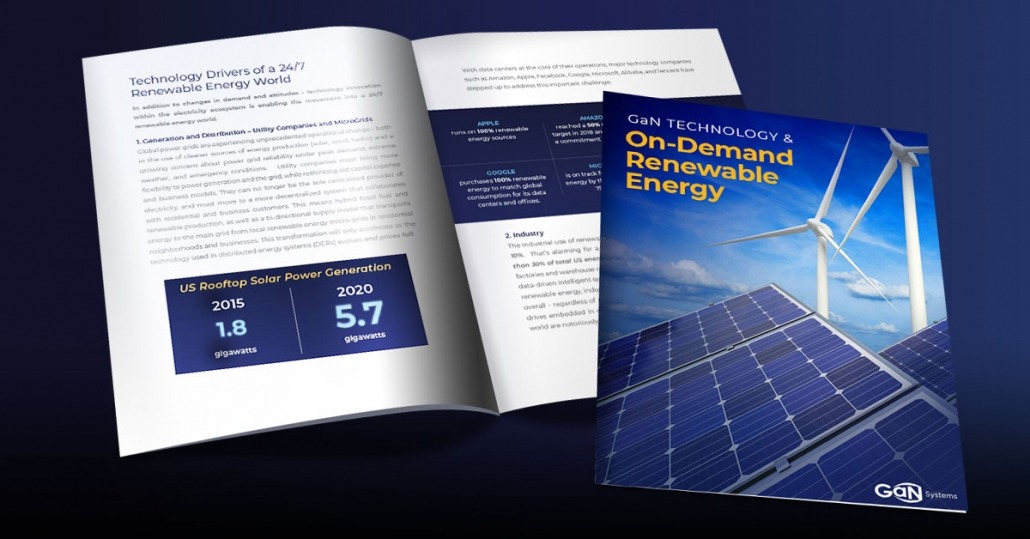 How are we going to respond and what role do GaN transistors play in shaping this near future? Download our ebook now.