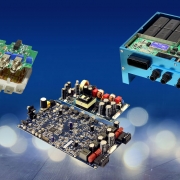 This article was originally published at eeDesignIt on May 6, 2020. Read the rest of the interview of GaN Systems’ CEO Jim Witham by Ruth Seely here.

GaN is changing the way we power things, and that’s becoming increasingly evident whether you look at consumer, automotive, 5G, or industrial power applications. Take 5G — It’s high bandwidth and low latency. From the consumer standpoint, that means fast video downloads with no lag. 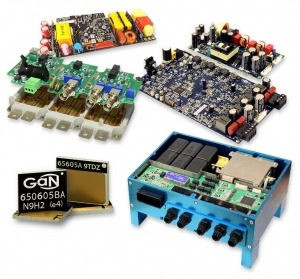 But as Jim Witham, CEO of GaN Systems, says, “The dirty little secret with 5G is that big data is done at high frequency at approximately 28 gigahertz, and 28 gigahertz doesn’t go through the wall. It doesn’t go through windows that have low emissivity glass because there’s metal in it. It bounces and goes right back out. We use our computers inside, we use our phones inside. They’re supposed to work on a problem that the industry has to solve, and we’re helping solve that.”

The sense of being on a problem-solving mission is obvious for GaN Systems this year.

“2020 is the year of the GaN adapter,” he proclaims (more than once). Whether it’s a tiny 65-watt USB-C charger with retractable prongs that can charge a phone, a tablet and a computer and slip easily into a purse or a 170-watt adapter for a gaming computer that’s a third the size of its silicon equivalent, “it’s the way the world should have been for years and years and years. And now you can actually do it.”

On the 5G front, Witham acknowledges there are two schools of thought about how best to boost the 5G signal.

“Both of them involve having a box on the side of the house, and a box on the inside of the house. It’s basically a repeater. You receive the signal from the outside, you rebroadcast it inside. When you’re in the house, when you’re sending something to the network, it goes to the inside box and then gets retransmitted out to the outside world,” says Witham.“One group of people is doing it through the window, another group is doing it through the wall.”

Outside power isn’t always available, but that doesn’t stop wireless solutions from GaN Systems. Read the rest of the interview here.